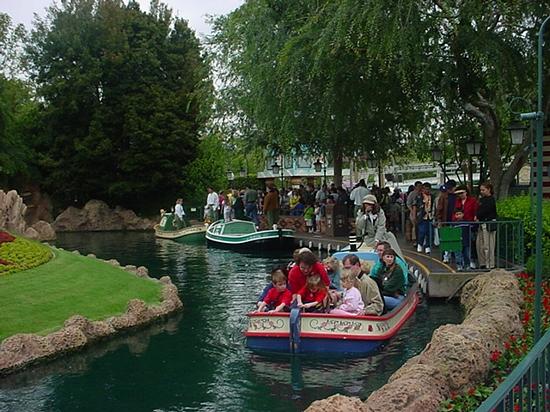 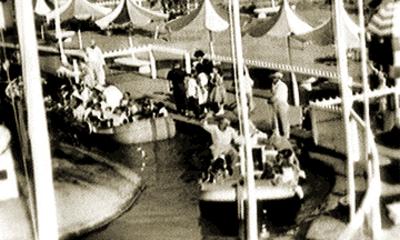 The ride was bland and not very exciting, in fact part of the spiel (narrated talk) that was given told guests about other exciting things to do in the park and promised a revamp of this noisy ride. Originally, the boats were powered by outboard motors, which often overheated and had to be towed back to the dock. Worse, the gasoline engines were so loud that the passengers could barely hear the spiel. After a few months, the motors gave way to batteries stashed under the seats. That first summer, the ride was staffed predominately by men, dressed in white shirts and wide brim hats. An all-male closing crew had the arduous duty of manually pulling the boats into the storage area and connecting the battery cables to charge the boats overnight. Eventually, electricians installed a two-way switch on the boats, providing a reverse gear to easily back the boats into the storage tunnel. 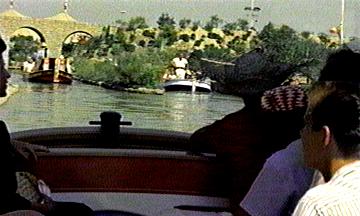 In 1956 the attraction was redone and renamed Storyland Canal Boats gone were the barren boring views, and now very detailed miniatures that represented scenes from classic Disney Films permeated the landscape. The dwellings are fitted with six-inch doors on quarter-inch hinges that open and close. They are not there for the guests to marvel over, though. They were installed so the electricians could change the bulbs inside the buildings. 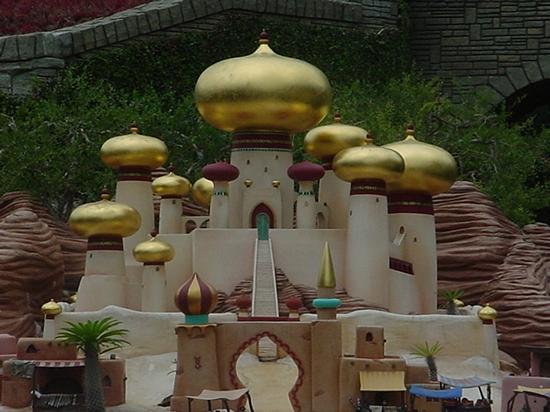 This attraction has had numerous revisions allowing more recent Disney Films to be featured such as Aladdin. This is only one of two attractions where a live host rides with you and narrates the attraction, Jungle Cruise in Adventureland is the other.

The canal, located in Fantasyland, contains 465,000 gallons of water in which 13 boats sail.The Storybook Land Canal boats are each named after a Disney character, and are modeled on Dutch, English and French boats. The vessels are named Cinderella, Daisy, Aurora , Alice , Faline, Flora, Fauna, Flower, Katrina, Merryweather, Wendy, Snow White, and Tinkerbell. This attraction is 10 minutes long and starts with a trip through Monstros Mouth (The whale that swallowed Pinocchio) 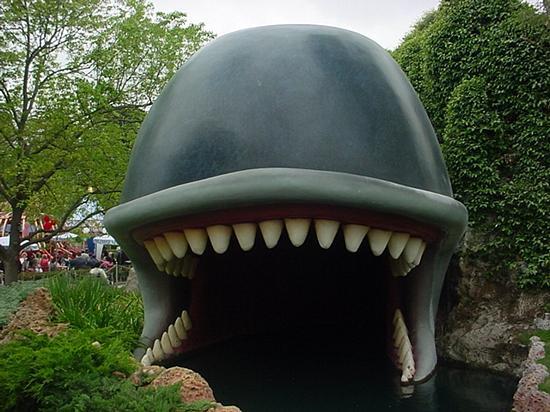 The miniature shrubs inside the ride are carefully tended bonsai. This attraction has one of the oldest trees in Disneyland that was even planted by Walt Disney Himself 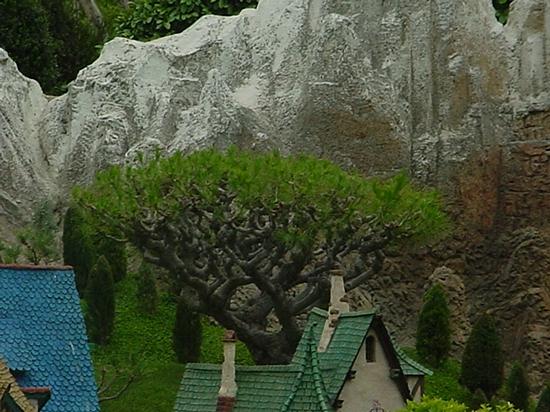 Rumor is that Walt got the idea for this attraction after visiting Madurodam. 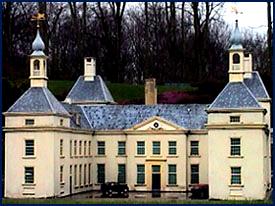 Madurodam, Holland’s smallest city, is opened all year round. The canal houses of Amsterdam, the Alkmaar cheese market and parts of the Delta Works, all replicated in minute detail on a 1:25 scale. All is set in beautiful gardens.