Enchanted tells the story of a beautiful princess, played by Amy Adams, who is banished from a classical animated land and placed in modern-day Manhattan. Susan Sarandon plays the wicked queen who instigates the princess’ exile. 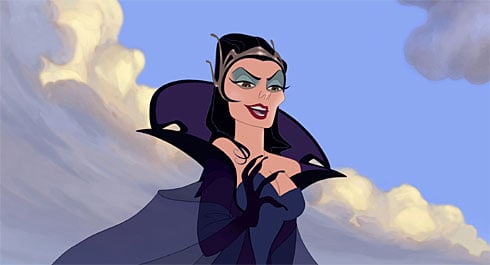 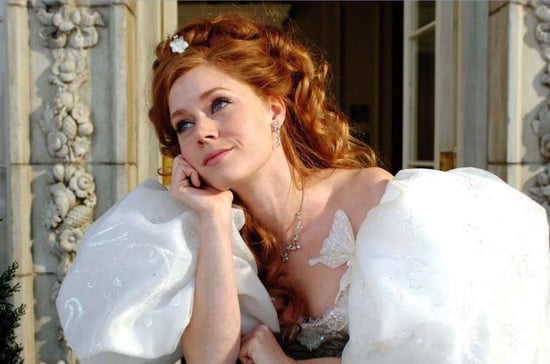 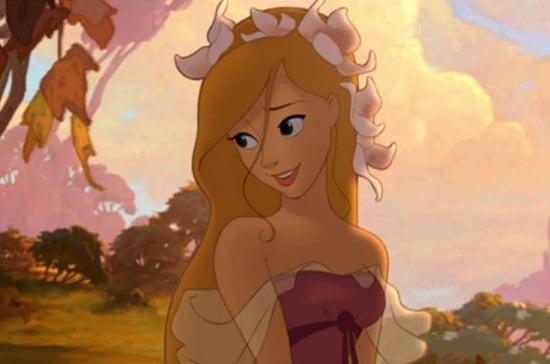 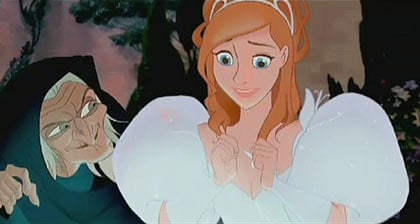 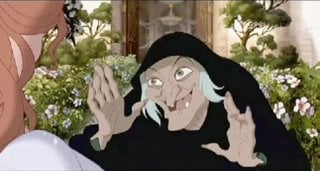 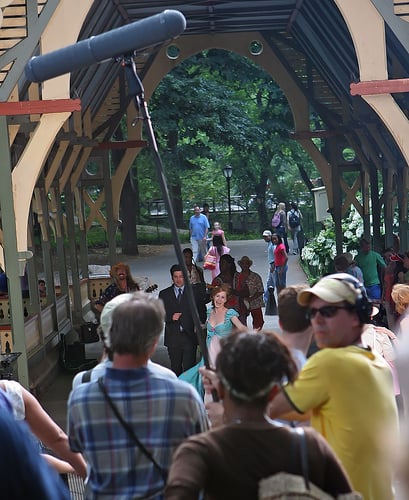 From a Sept 26 interview article about director Kevin Lima:
Enchanted, Lima said, has references to many of the old Disney animated princess movies. There are many Disney moments that anyone familiar with the films will find mirrored back at you, often whimsically. Disney had optioned the screenplay from an out-of-the-blue spec work by writer Bill Kelly nine years ago. When Lima came onto the project 2 1/2 years ago, after other directors had tried and failed to make it work, I had to say, I love Disney, so now lets turn it on its ear, he said with a chuckle. For example, Lima said that the rats who are seen helping the princess, played by Amy Adams, scrub a toilet in the movie trailer currently in theaters are a reference to the forest animals that often helped such Disney princesses as Snow White and Cinderella with their housework. They had rabbits and squirrels and birds. In Enchanted, she has to make do with whats on hand rats and cockroaches and pigeons. 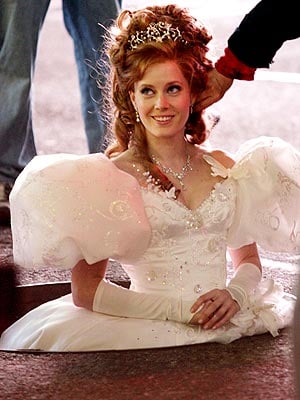 Alan Menken and Stephen Schwartz in Paris for The Hunchback of Notre Dame in about 1993.

Stephen Schwartz was recruited as lyricist for Enchanted in 2005. Schwartz was delighted to work with Alan Menken again as the songwriting duo for a Disney movie. Menken and Schwartz previously collaborated on Pocahontas and The Hunchback of Notre Dame, and are close friends.

Menken and Schwartz wrote five songs for the new movie in various styles and tempos (I’ve heard some of them). Get ready to be charmed and energized. Plus Menken’s underscore promises fun for Disney movie fans. Check back later for
more details. The soundtrack is listed on Amazon.com for release November 20th. It’s available for pre-order. Enchanted – soundtrack on Disney label

Notes from Carol de Giere about how Menken and Schwartz work:
Composer Alan Menken and lyricist Stephen Schwartz experience a natural flow of understanding while they work together. They feel free to draft rough versions of songs and then work through the refinement process. It helps that
Schwartz is a composer as well, and they make suggestions to each other as they go along.

The award-winning writing partners almost always begin with a song title, and maybe a couple of lyric lines from Schwartz. They discuss the nature of the song and music, and then Menken composes. Alan plays the music for Schwartz or sends him a CD and with the music in mind, Schwartz drafts the lyrics. They work back and forth in a friendly collaboration.

Q and A with Stephen Schwartz about Enchanted

1) What kind of animation will be used to create the fairy tale world scenes?

2-D. It is a tribute to the classic Disney look of SNOW WHITE and CINDERELLA.

2) What kinds of songs will be in the film?

As of now, it looks as if there will be six songs. I don’t want to give anything away by describing them, but in some instances they have some fun with classic Disney models.

3) Has Stephen Schwartz replaced Glenn Slater as the lyricist?

No. Glenn (who is an extremely talented, smart, and witty lyricist and entirely capable of doing a brilliant job on ENCHANTED) is working with Alan on several other projects, hence the confusion. At one time, perhaps, it was discussed that he and Alan would do a song for ENCHANTED — before it was to be a more heavily “musicalized” project — but once Alan was brought on for the present movie, I came with him.

Another Q and A

1) What attracted you to this project?

I have long wanted to do a live-action movie musical. ENCHANTED is a very clever concept that allows characters to sing within the world of the film, which is often difficult to achieve. Plus I thought the screenplay they sent me to read was, well, enchanting.

2) When did you learn you were going to be reunited with Alan Menken? What was it like after ten years to work with him again? Yes, I’ve read you both enjoy a good friendship, but has much changed after a decade long hiatus in terms of working together?

It was Alan who first told me Disney wanted me to do the project with him, so I knew at the outset. Our working relationship remains a very good one — the fact that we are such good friends makes it very easy to collaborate, plus of course the fact that we have high regard for one another’s work.

3) Were there behind-the-scenes cameras filming you for the film’s DVD? If so, does it ever feel awkward always having a camera on you when trying to work? Have you been interviewed yet for the DVD?

Pirates of the Caribbean