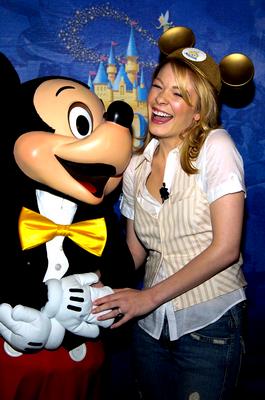 LeAnn seen here on a “Date” with Mickey Mouse

BURBANK , Calif. , February 3, 2005 ” As part of the “Happiest Celebration On Earth,” Disney’s global tribute to the 50 th anniversary of Disneyland , Grammy Award-winning country singing star LeAnn Rimes has recorded the official anthem song of the celebration, “Remember When.” The announcement was made today at the Walt Disney Studios in Burbank .

The song will be featured as part of the new “Remember ” Dreams Come True” fireworks spectacular presented throughout the 18-month anniversary celebration at Disneyland . “Remember When” will also be a highlight on the new CD ” The Official Album of Disneyland’s 50th Anniversary , ” premiering nationwide on May 3 from Walt Disney Records.

” It’s an honor to be able to sing the song for the 50th Anniversary of Disneyland,” states Rimes. “I love the song . . . it fits my voice perfectly and it turned out beautifully.”

At Disneyland Resort in California , the global celebration becomes the “Happiest Homecoming On Earth,” a unique chance for the generations of guests who have been touched by the magic of Disneyland to return to where the magic began and relive their fondest memories of park visits past and experience all-new iconic attractions and spectacular entertainment.

“Remember When” represents a “Homecoming” of sorts for both LeAnn Rimes and Grammy award winning singer-songwriter Richard Marx, who composed and produced the song. Rimes recalls being comforted with a trip to Disneyland at age 8, after losing the “Star Search” TV talent competition. When she thinks of Disneyland , she says, “I think of this lighthearted, childlike place where everyone can go and get away from it all ” even adults ” and just be a kid again.” 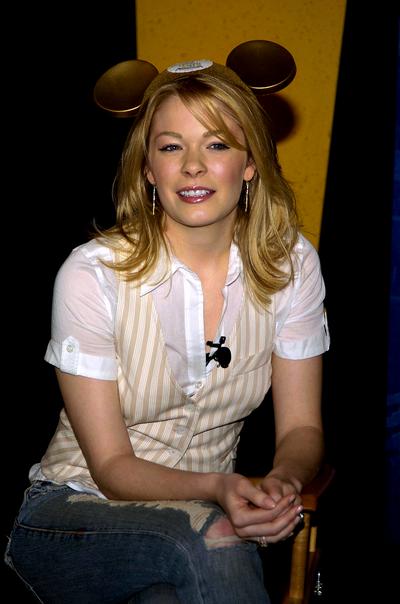 In addition to being featured at Disneyland and on the new CD, “Remember When” will be utilized within a number of marketing vehicles promoting the 50 th anniversary. “We couldn’t be more delighted to have LeAnn Rimes provide such a beautiful interpretation of Richard Marx’s heartwarming composition,” says Michael Mendenhall, executive vice president of global marketing for Walt Disney Parks & Resorts. “The song perfectly captures the memories, delight and wonder that our guests experience when visiting a Disney theme park.”

Premiering on May 5, 2005 the “Happiest Homecoming on Earth,” an extraordinary celebration of the 50th anniversary of Disneyland will pay tribute to the millions of guests who have contributed to the rich legacy of this national treasure over the past five decades. It will be the biggest celebration in the history of Disney theme parks and the first truly global Disney event