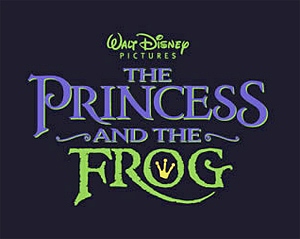 The following is an interview DisneyDreamer.com had with Mr. Bill Waldman. Bill a talented animator who has very impressive credits under his belt took time from his busy schedule to talk with us! Bill was part of the team that worked on Disneys Princess and the Frog. This 2009 story about Princess Tania is a return to hand drawn animation. This is Disneys 49th animated feature. The Princess and the Frog became the first classically animated Disney feature in a decade to land atop the box office charts. Scroll to bottom of the interview to see Mr. Waldman’s credits.

Bill… can we call you Bill?

Sure Everyone I know calls me Bill!

Thank you so much for taking the time to answer our questions, out interview will be enjoyed by millions of people all over the world. At last check 187 Countries regularly visit DD.com. It is our honor to have you speak to us Disney Lovers.

I am the one who is honored here!

DisneyDreamer.com has learned about your impressive history not only in animation but with the camera and electrical departments on major productions. Is it accurate your professional career started in the early 80s?

No, thats not true. I think they have me mixed up with another Bill Waldman on IMDB. My professional career began (as an animator) in February of 1987 at Kensington Falls Productions, a small commercial animation studio in Pittsburgh, PA.

Who did you work with on either side of the camera early on that stands out in your mind?

I’ve had the great privilege of working with some of the most talented people in the animation business at Disney and other places. Two that stand out to me: I have to say John Pomeroy who hired me in 1989 to come out to California to work for Don Bluth. I also had the privilege of working with John on Pocahontas and Atlantis at Disney. Also, Eric Goldberg who was the director on Pocahontas and Looney Tunes Back In Action (for Warner Bros.). I also really enjoyed working with Tony Fucile on Hunchback of Notre Dame, Rueben Aquino on Mulan, and Mark Hehn and Randy Haycock on Princess and the Frog.

How do you get started in animation?

I always drew cartoons as a kid, ever since I can remember. When I was about 9 or 10, I saw some kids in school making flip books with stick men on the corners of their tablets.I thought, Hey I can do thatbut I can do better than stick men! I would draw Disney characters (I used to watch The Wonderful World of Disney on Sunday nights) and try to make them move across the tablet. Then in 1973 I saw the re-issue of Mary Poppins in the theaters and I thought, Wow! What a great movie! I have to see all the movies with the name Walt Disney attached to it. At that time, there was no DVD or home videoyou had to wait for a re-issue to the theaters. (I think it ultimately took about 10 years for me to see all the animated features). By the time I saw The Rescuers in 1977 (at about age 13 or 14) I knew I wanted to be an animator and work for Walt Disney. In high school and college I got more ambitious and made my own films (some with color and sound!)

Where did you study to learn how to be a professional animator?

I went to Edinboro University of Pennsylvania. They have a terrific art and film department there and I learned a lot.

Bill- could you put into laymans terms, say for instance ..John Smith from Pocahontas and what it takes to bring such a vital character to life?

For Pocahontas live action reference was shot to aid the animators. I remember being told on that film, Just get a great performance. I was more worried about the challenges of drawing such a tough character. The drawing has to be solid and exacting for a character like that to be believable. So the focus was on getting a great performance (acting and solid, believable drawing. I never felt I drew very well, but ironically enough, I would get my highest marks in drawing ability on my performance reviews. Go figure!

Out of all the Disney productions you have animated including Tarzan 1 and 2-Mulan-Hercules-Pohahontis-HBND and the latest, Princess and the Frog what stands out in your mind most and why?

Well, Pocahontas because it was my first Disney film and Eric Goldberg and John Pomeroy were so easy to work with Beauty and the BeastSpecial Edition (on the Human Again sequence) and Atlantis because Kirk Wise (the director) gave me such great scenes to animate, and those films were just plain fun to work on As far as which films (that I worked on at Disney) I think turned out the best, I would say Mulan and Princess and the Frog.

Seems like the characters you help bring to life via animation have passion and
heart, how does this affect you before -during and after an assignment?

Sure! The more I can identify with the character the easier it is. On some of the films, Mulan, Atlantis, Treasure Planet, and Princess and the Frog I would shoot live action reference of myself acting out the scenesI would try to become that character! That was a lot of fun! When you see the opening scenes of Milo in Atlantis, thats pretty much a cartoon version of me up there! 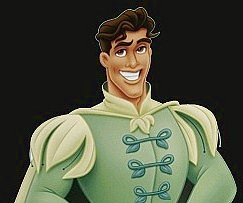 Tell us what the return to hand drawn animation means to you and how it is going to affect the industry that has seemed to move away from it in recent years.

When I heard that Disney was even thinking of making another hand-drawn animated feature, I was very interested, and really hoped I would be picked to be part of the team. I made calls, submitted my demo reel, and tried to keep in touch with how things were developing. Hand drawn animation had fallen on some hard times, and I very much
wanted to be a part of bringing it back. I mean, this is my passion, so it meant a lot to me! It was a very happy day for me (around April of 2008) when I got the call. I hope what success The Princess and the Frog has achieved will inspire the Disney Studio to do more.

What is the most memorable NON Disney Animated project you worked on and why?

Id have to say Looney Tunes Back In Action, because Eric Goldberg (the director) made it such a great experience, and the characters are so much fun to draw and animate. I would always say on that production, These character practically animate themselves! Over the years, Warner Bros. has really treated me well.

What are some of the biggest challenges you face as an animator?

Coming up with something fresh and new each time. When you have looming deadlines, the tendency is to rely on formula (You think, I had a scene like this beforewhat did I do? And you go back to those previous ways of doing the scene).

What do you find the most rewarding in animation?

Seeing something you drew come to life on a big screen!
Also, when you have the rare privilege of working on a film that is really beloved and accepted by the publiclike when I heard some of the audience comments from a preview screening of Princess and the Frog, it made all the hard work worth it. 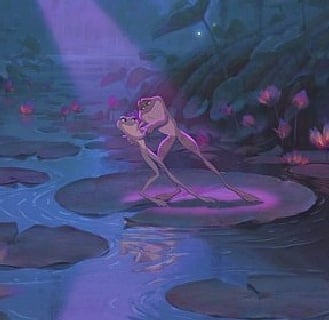 What are some of your favorite animated films of all time?

I have a lot that I really like. The short list is Snow White and the Seven Dwarfs, Fantasia, Peter Pan, Sleeping Beauty, The Jungle Book, The Rescuers, The Secret Of NIMH, The Little Mermaid, Beauty and the Beast, Aladdin, The Lion King, and Mulan.

DisneyDreamer.com receives emails constantly from young people who want to get started in animation, what would you say to the fans who want to step out and make their dream a reality?

Go for it! It will take a lot of hard work and perseverance, but you can do it!

What is Mr. Waldman working on for the future?

I am currently at Warner Bros. working on the Looney Tunes TV show (doing storyboards) and hope to be on another Tom and Jerry DVD movie animating (also at WB) later this year.

Bill thank you for your heart and passion that clearly shows in your work. Thanks for using your God given talent to touch people all over the world!

Thank you!! What an honor!