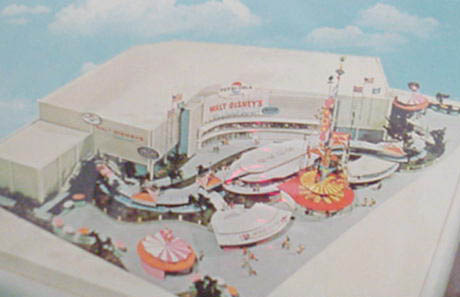 When Walt Disney opened Disneyland in 1955, he always said “there will
never be another Disneyland.” Walt was a stickler for not repeating
himself. He always thought that the next one (whatever it be) wouldn’t be as
good as the original.

Associates of Walt, however, argue that Walt always had in mind a plan for a
second park. Walt once said, “Do you realize that we play only to
one-fourth of the US at Disneyland…..? There’s a whole other world on the
other side of the Mississippi.” Walt must have realized that he needed to
get more creativity, and motivation added into Disneyland. He needed to expand
some of the technology, add challenges to the company.

Thus, in 1960 Walt gathered his staff and proposed his idea on participating in
the soon to be “1964 World’s Fair.” He gave a run down on how many
American Corporations would be participating in the fair. “They won’t even
know why they want to,” he continued, “They won’t even know why
they’re doing it, except that other corporations are doing it, and they have to
keep up with the Joneses.” 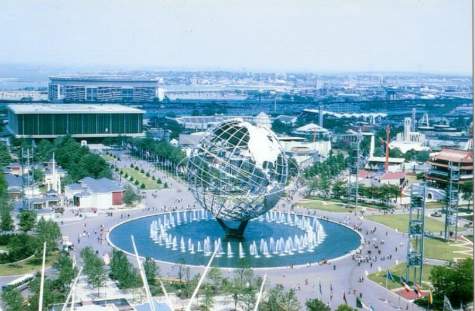 He realized that some companies would want to have something that would stand
out from the others, something brand new, and unique. “We’ve proved we can
do it with Disneyland,” he said. “This is a great opportunity for us
to grow.”

Companies would hire WED (a company ran by Walt Disney Productions that was in
charge of creating rides and attractions for Disneyland) to create and develop
new attractions for the fair. Thus allowing their financial support to advance
and develop theme park technology for the future. Not only would the technology
grow, but all the attractions could be moved to Disneyland when the fair was
over.

At first, a team of representatives visited the US’s top companies offering
Disney’s services for the fair. WED was hired to build attractions for :

Everyone at WED was busy with the four attractions for the fair. Once a exhibit
was designed, and fabricated, a “mock-up” would be put together at the
studio. As the Fair deadline grew shorter many of the mock ups, complete, or
not, were sent to New York to be tested and finished. In New York, over 200 WED
“Imagineers” were sent to assemble and test all the exhibits.

Numerous problems faced WED once everything arrived in New York. Construction
crews worked slower because of the outside Californian managers. One of the most
severe problems happened with “Great Moments with Mr. Lincoln.” Ten
days before the Fairs opening the model passed all the tests at the studio. Once
arriving, late, the model would not function.

Giving a perfect speech, the figure would go into spasms. Faulty electronics,
and the damp New York air was blaimed for the problem. A grand ceremony was
planned for the press, and governor of Illinois. Technicians worked to fix the
figure up until the last moment. Still, nothing worked.

Walt was introduced to the crowd by Governor Kerner. Walt looked at the audience
with a half smile, “There isn’t going to be any show.” Guests laughed,
Walt explained, “It’s true. We’ve worked like beavers to get it ready, but
it’s not ready, and I won’t showa thing that might fall apart on us.” He
explained the problems and announced it would be ready once it began to work.

Suddenly, a week later, the figure began to work properly. The show became of
the most popular in the fair. General Electric’s “Progressland” and
Ford’s “Magic Skyway” were in second and third place in the first
years attendance. “It’s a Small world” was voted the most charming of
all.

In the end, the studio applied a fee of one-million dollars for use of the
Disney name, and technology. At the end of the fair, however, Walt made an
incredible offer to the exhibitors. “If the two corporations established
their exhibits at Disneyland, the million-dollar fee could be applied to moving
expenses.”

In a rather short period of time, theme-park technology was advanced greatly.
Disneyland recieved two new attractions. With, a minimul cost to the company.
Quite a deal. By dealing with corporations, and stretching his Imagineers’
creativity valuable lessons were learned. What’s next on Walt’s agenda? Walt was
a busy man. Once everything was set up at Disneyland in 1965/66, Walt was busy
again, this time, for something bigger.